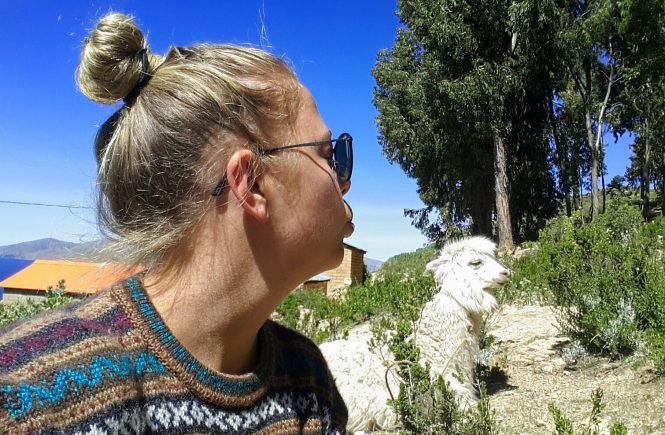 I got really close to one of the best Southamerican creatures today. A lama. And I finally managed it to take a selfie with it, because we both were alone and it was leashed on a rope. I don’t like to take selfie when someone is watching. It’s too embarassing. I actually don’t know if […] 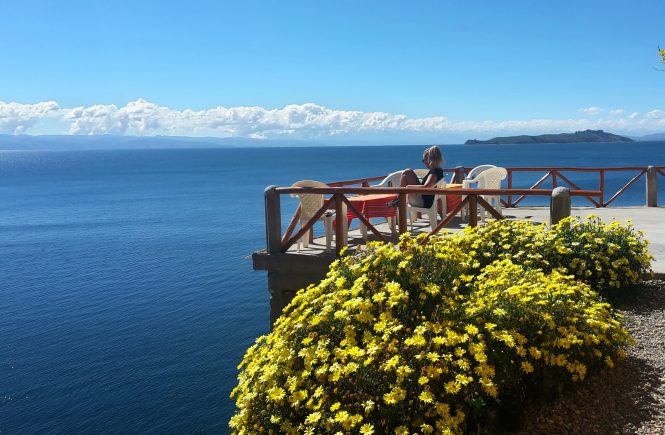 I’m back on Isla del Sol. The difference is I’m staying overnight this time. Way better than the day trip. We could explore the island by ourselfs without a running tour guide and the time pressure to catch the last boat. After we chose an accommodation we didn’t want to leave our place for trekking […] 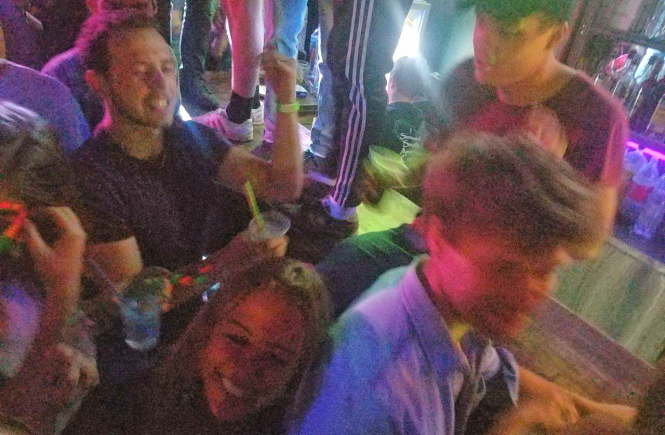 The perfect ending of an amazing stay in La Paz or let’s say Bolivia in general. A party night with Paolo Nutini, a famous singer-songwriter from Scotland. Are you prepared for a great story? Here we go. Our hostel has an own bar, an Irish pub, which is supposedly the highest Irish Pub in the […] 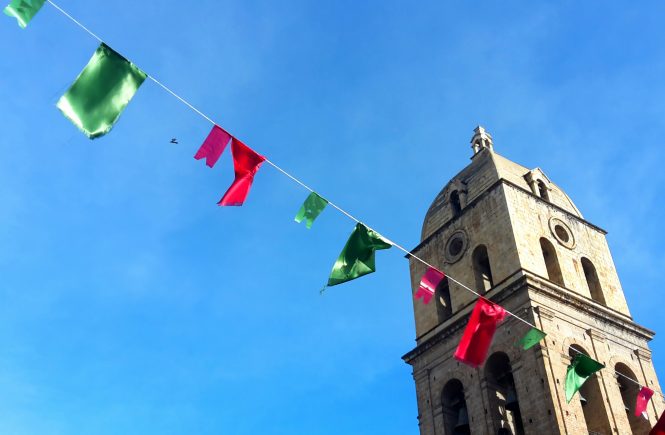 Someone told me, there’s a demonstration almost every day in La Paz. And it’s true, I saw several in between the past two weeks. Since they are always accompanied by marching bands, I initially thought they’re street parades. People, who are celebrating. The opposite is the case. Bolivians are complaining their political and social situation. […] 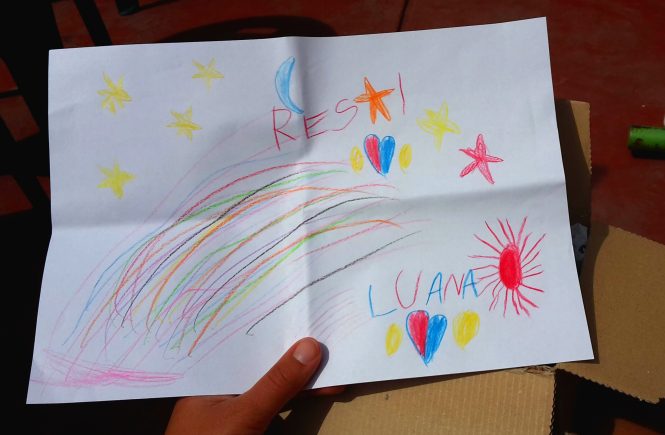 My long-awaited little package from home arrived. Finally. There’re things, which are quite important in my everyday, but hard to get or way too expensive here in Bolivia. Products from the drugstore for example. Even if it hurts, I can buy a shower gel or a lip balm for three Euros, but sun cream for […] 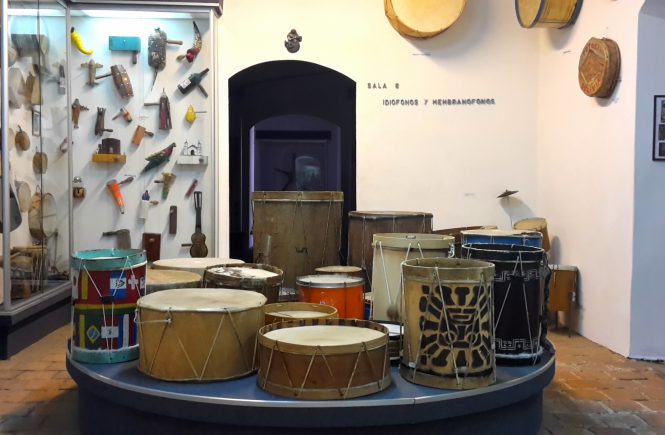 While I walked through ‘Little Italy’ yesterday I figured out La Paz has some interesting little museums to offer. There’s even a so called museums street, where you can buy one ticket for five different museums. Well, five museums on one day for a museums-hater might be a bit tough, but I wanted to give […] 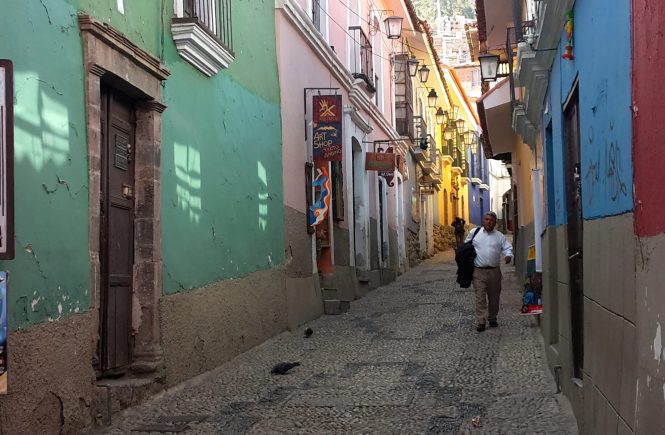 Once again I’m back in La Paz. As you can see, I like it here. No seriously,  I love this city. Still dozens of first times to try, explore or discover. When I strolled through the old town today I discovered a wonderful little alley. Calle Jaén. And suddenly you’re in Italy. Old little buildings, […] 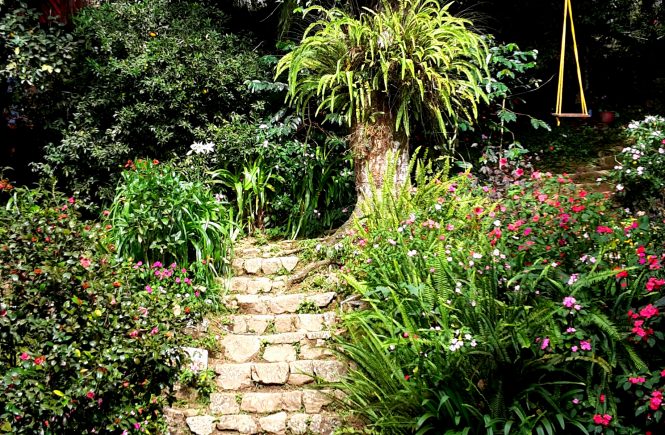 My plan for today? Was doing nooothing. Absolutely nothing. I mean nothing except of eating amazing food. It worked out pretty well. Not least because of our lovely accommodation Villa Bonita. A little green oasis a bit outside the town with  hammocks, a swing and a cute restaurant where you can enjoy the mountain view. […] 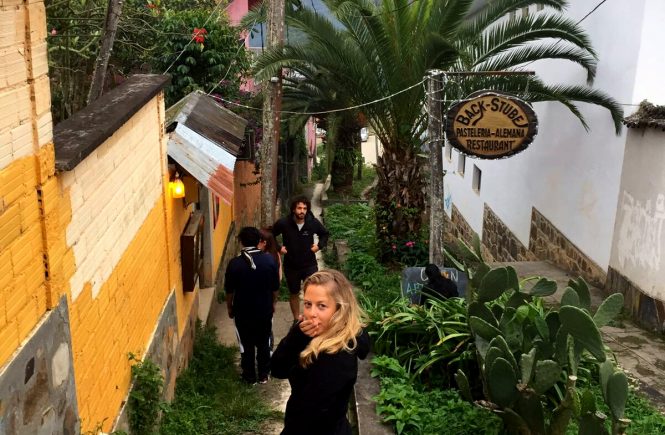 Is there a better motivation on your third day of trekking than a German restaurant at the end of your trip? We knew there’s a German bakery called Backstube in Coroico, which serves Sauerbraten, Käsespätzle and Apfelkuchen. We could hardly talk about something else since we started walking at 7am in the morning. The third […] 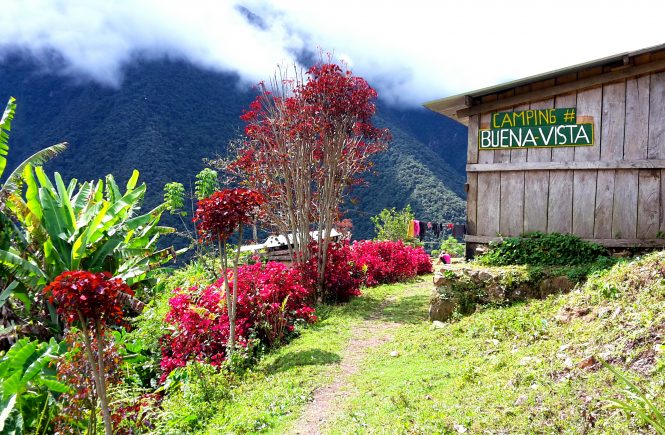 Buena Vista, a good view. Finally. Our lunch spot today compansated the bad weather of yesterday least a bit. When we got up at 6.30am it was still foggy but the sun showed up shortly after. Hurting knees and legs in combination with cold and wet shoes made the start to a torture, but it […]