Bolivia’s capital is such a unique city. One thing that makes La Paz so special is the location in the mountains, which can be seen best from one of the cable cars flying around the city. Since metros and underground tubes are impossible to built, there’re cable cars as a replacement for public transport. Well, actually there’re 4 lines only but there’re several more under construction right now.

Funny thing is they’re all built by Doppelmayr, an Austrian company, worldwide known for their quality cable cars. They might be the global market leader. I’m not sure and too lazy to look it up.

Anyways. Those cable cars are exactly the same as in the Austrian Alps. Almost four months ago I was sitting in one, enjoying my skiing vacations. Today when I was sitting in the cable car with eyes closed, there was such a silent, that I thought I’m back in the Alps. I really love these mystical silent in cable cars. So peacefully.

When I opened my eyes the view was a bit different though. To be honest, as much as I love the mountain view, the view today was even more impressive. For the best view over the city you have to take the yellow line. That’s what we did. The line ends at a lookout. Best place for my little jubilee…100 days of travelling today. Crazy shit. 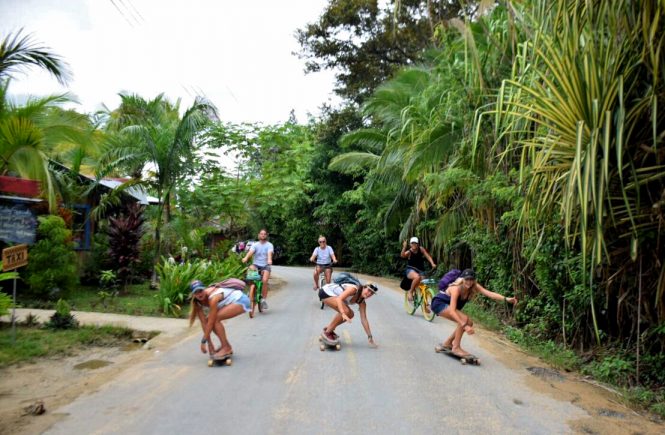