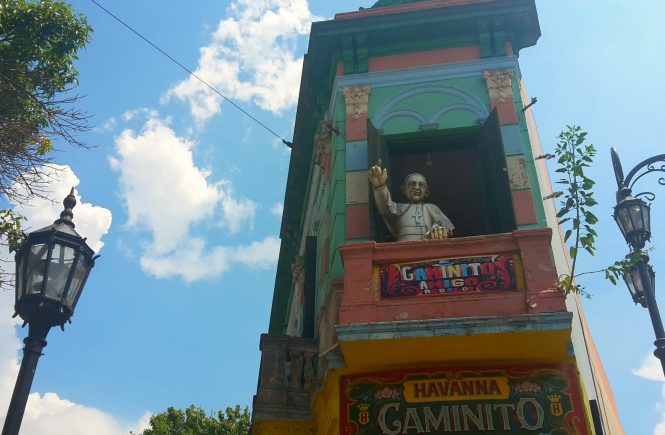 I had other plans for today. Weather was perfect for a Little pool action. But have you ever tried to find a public outdoor pool in Buenos Aires? Insane. I went to several hotels and parks, which pretend to have a pool. Either it was such an ugly pool (in a 4 star hotel!) that swimming was impossible or the pool had been closed for specious reasons.

However, I needed a new activity. After four weeks in town I finally decided to go to La Boca. For sure, one of the biggest attractions here. When people think about Buenos Aires all around the world, the have these pictures of colored wooden houses in mind. And even though, almost everyone who has been already there tells you it’s overrated, I can’t leave the city without seeing it.

The bus takes one hour for the 8 kilometer drive from Palermo to La Boca. Lucky me, I’m a bus expert now. Free WiFi in the bus made it even more pleasant. Arrived in La Boca, I headed to El Caminito directly, to have a stroll down the road. On a Tuesday midday it wasn’t crowded, actually all these tourists stalls had been abandoned. Noone was looking for overpriced magnets and jumbo pencils today. My chance to finally buy some postcards. Hard to find some in Palermo and I need my time to choose the best ones.

Actually, that’s it. Once you leave these three tourist streets the neighbourhood isn’t really sympathic and so I took the obligated pictures and went home. Happy to be back again in my Palermo. 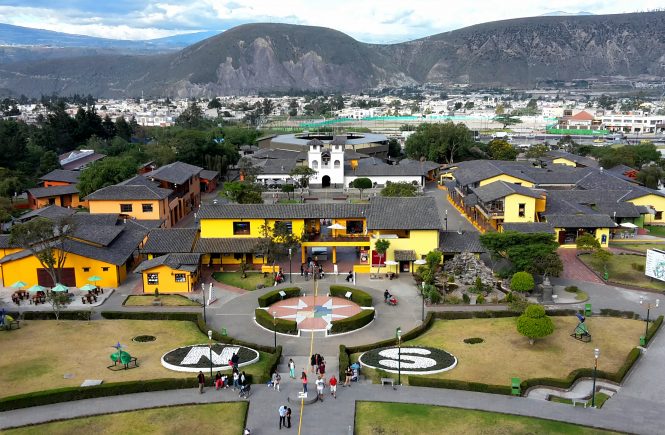