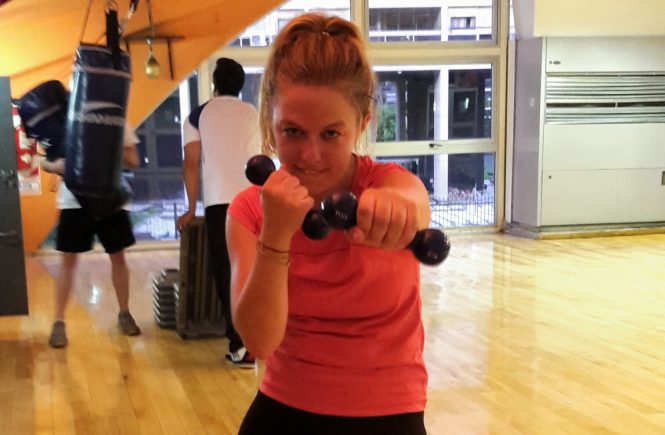 Uff, I thought I’m well trained. But today I got the acknowledgement of four weeks without doing anything. I mean without doing some sports. I have my running shoes with me. They still wait for their first usage.

When my friend asked me to join her for her boxing lessons, I was a bit sceptical at the beginning. In general I hate to watch boxing matches, even more I couldn’t imagine to fight against someone. Her argument, that it’s actually rather aerobics than real boxing convinced me though.

The gym where the lessons took place was a typical gym of a chain. Facilities and people exactly the same as in Germany. The lessons itself started with a warming up about 20 minutes. Running in a circle, every second round changing the exercise. I was already pretty exhausted after it. And I couldn’t even blame my weakness on the heat. The air condition worked quite well.

The following 30 minutes had been exercises on a matress on the floor. Including abs training. Damn, that’s the worst. At least we could lie on the floor. During the last 30 minutes we finally practiced some boxing moves. Now I know, it looks much more easier than it is actually. I had to be pretty concentrated to imitate the simpliest steps. In combinations with the arms it was even worse. The last 10 minutes of stretching I liked the most. But yes, definitely good to do some sports again. 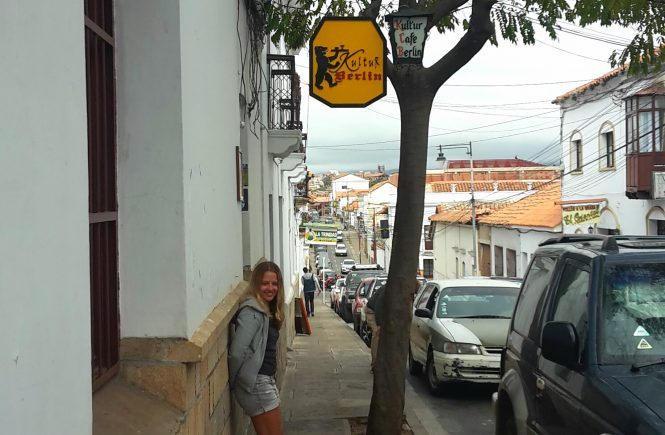 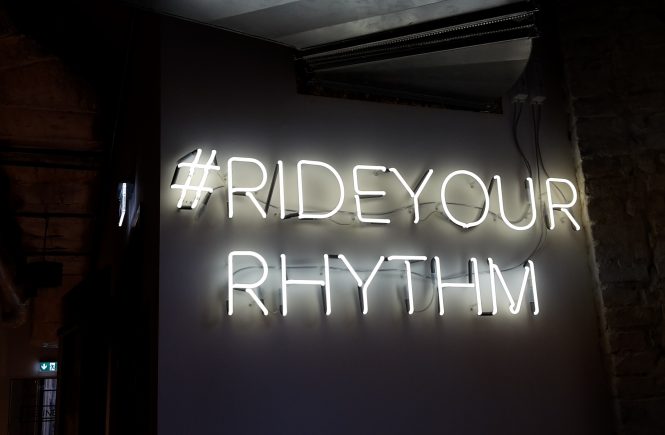