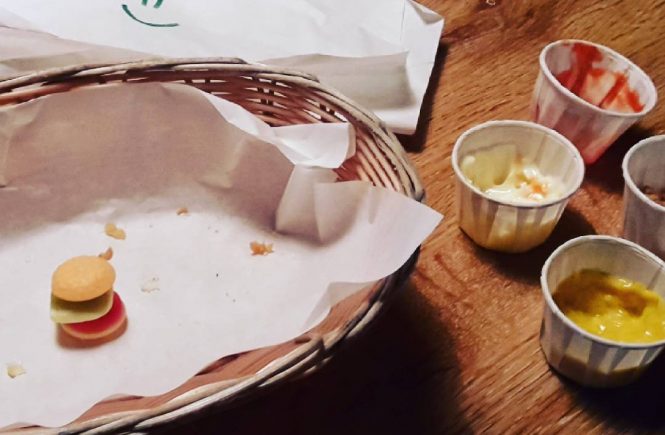 As every child I was totally freaked out, when we went eating at Mc Donald’s – only once a year, my mum was a big hater. Mc Donald’s in Berlin is dead. Only tourists, who have no idea about the Berlin burger fame eat there. I pass a store in my hood every day since more than three years and stopped for maximum three times. As you might expect in good old manner only once a year, but the truth is, mummy was right. Mc Donald’s is shit.

In Berlin a burger isn’t only a burger. In Berlin building burgers is a craft, a skill. The bigger and fancier the better. Vegan, glutenfree, double cheese, triple meat – we can do all of it. We even have competitions about honoring the best burger store. There’s a club location in Kreuzberg, which organizes a burger party every first Saturday in month. Several hundreds of people meet at noon to eat three to four burgers (per person) from a selection of 10 burger stalls and to elect the best one in the end. I joined this party once. Funny thing.

There’re three burger stores on my restaurants-I-have-to-visit-list. Actually only two since today. I heard a lot of good things about Tommi’s Burger Joint in Mitte and was convinced by all these Instagram pics with fluffy buns, melted cheese and fresh meat. My kids menu consisted of burger, fries and a soda. Ok, the little one in the picture above, was only the kids surprise. The sweet desert. Means I had actually two burgers. And a smiling packaging in addition. Not as a cute as the seller’s smile but cute. And a little bit more exciting than the burger taste experience, even though it was a tasty one. 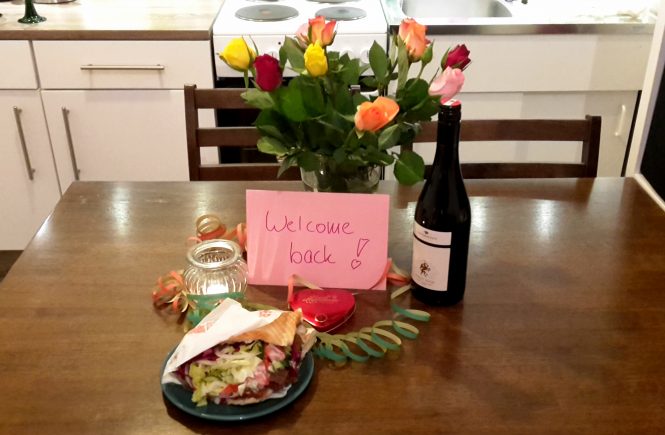 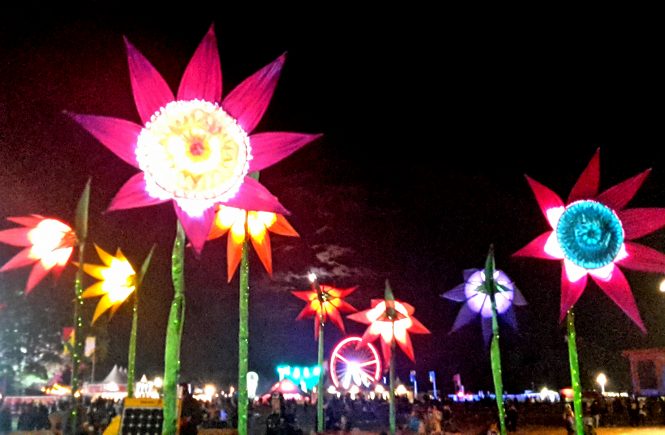