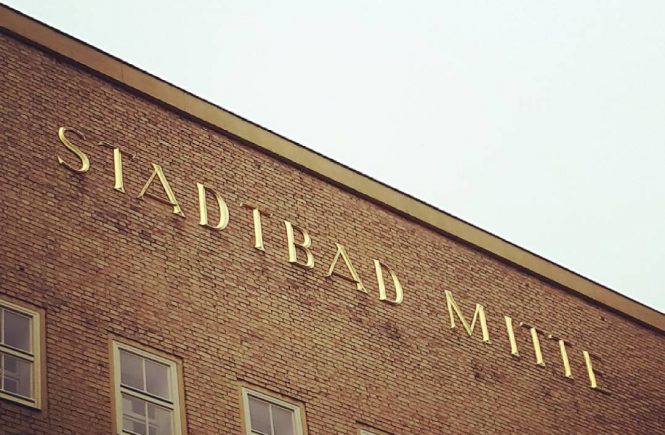 It’s sports day. A look out of the window unfortunately showed it’s too rainy, wet, foggy and cold for a run. I think it’s ok to be a pussy on Sundays.

A swimming pool with golden letters is exactly my understanding of doing sports today. And so I checked out Stadtbad Mitte for the first time. Hard for me to accept, indoor sports season is starting now.

Berlin has still some of these old indoor swimming pools from the early 20th century. The one in Neukölln is by far the most popular one and I have been there many times. But actually is better for sauna than for swimming, since it’s always pretty crowded. I wanted to do real sport today.

To be honest, Stadtbad Mitte is nothing special from the inside. It’s simply old. I hoped for golden details. But no. Nothing. And so I had enough time to reflect during one hour water fun.

I figured out, guests in every swimming pool can be clustered into five groups:

Group 1 are sportsmen. They wear caps, diving goggles and sporty swimsuits and boast with every kind of swimming styles. Usally they’re really fast but regardful with all the other guests and separate themselves in a special swimlane.

Group 2 are grannys. They’re wearing a cap as well. But only for the reason to keep their permanent wave dry. They are incredible slow but easy to overtake. Pleasant buddies in the pool.

Group 3 are kids. An annoying group for most of us. Because I’m used to kids, I can’t get annoyed by them anymore. Besides they’re separated from the others as well. Not as voluntary as group 1, but that’s actually unimportant.

Group 4 are middle-aged men, who think they are part of group 1 but actually they’re just snorting hippos. The real most annoying group. They behave like they’re alone in the pool. They don’t give space for anybody else and force you to swim in a wide arc. When they pass by, you hear they’re making terrible noise, a mix between panting and gasping. Splashing with water while pititful trying to swim butterfly is their speciality.

Group 5 are all the others. The group I count myself in. Breaststroke is our exercise, one hour pure swimming, swimlane by swimlane. No special swimsuit, no noise, no water battles and a pleasant speed. We are peaceful and enjoyable. 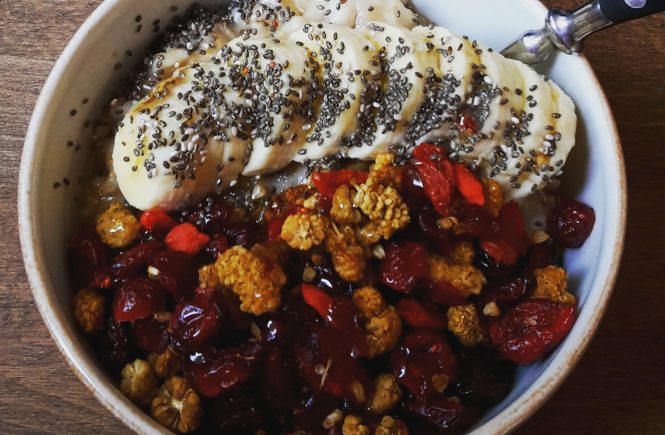 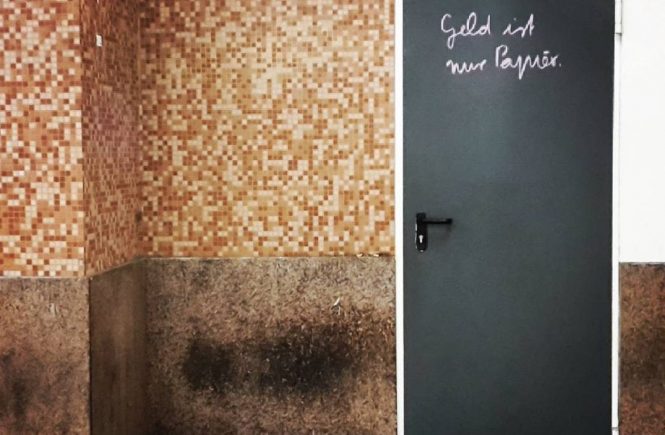